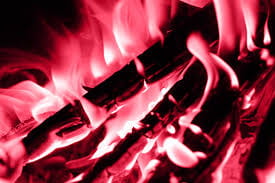 I never knew my parents.The only thing they gave me was a useless code. Not a name. A code. A 4 letter code. XY10. That’s it and that’s all. I was an experiment but only gone wrong. A born assassin. But not for the right cause.

The flames are spreading like wildfire. Blink for a second and it only gets larger. Slowly the heat eats away at my limbs. Every inch of me begging to be outside in the cool Summer night.I back myself further into the corner of my dark and empty room. I pull my knees tight into my chest and I place my tiny hands over my ears, praying to myself and hoping to block the crackling, burning noises. The piercing screams and shouts of mankind outside worm through my hands and into my ears making me shut my eyes, hoping to wake up from this horrific nightmare.

Grey, black clouds smother my entire room making it black. The shattered window had let all the smoke in. Vicious coughs force there way out of my throat as smoke fills my once used to be healthy lungs. My eyes begin to burn and I think to myself, I have to get out of this hell hole. I frantically look around for an escape but the door is blocked by fallen in roof and ash is everywhere. There is an opening where the shattered window once was. It was my only chance. I was on the fourth floor, but how far could the jump be. It was my only hope. My only chance at life. I pick myself up from the floor and walk towards the shattered glass of the broken window. A bundle of coughs form in my throat again as I stand on the ledge and look at the scenery that lay before me. All my life, I was deprived of this beautiful land. My window was always locked up and blacked out with heavy bars. But the fire was strong enough to break through. Before my eyes, lay a beautiful green lush forest in the midst of the dark night. The air was fresh on this side of the building. I took one last look of the home I once had, clenching my fists together and breathing in and out, I was about to jump.The door burst open and two tall man in army suits instantly began shouting. They had guns and this was my signal to jump.

“Run! She’s getting away! Hurry up and get her!” were the only things I could hear. I had gotten down to ground safely. It was a 15ft jump but as I jumped, a force field was created and protected me. As my feet touched the ground I was on the run. I savoured the clean crisp air and my mind was racing. I was free. I could finally be free. Not until my short legs stumbled upon a tree trump. It was the middle of the night. I ran into the vacant forest, but it wasn’t so vacant when I saw an odd looking man leaning against a tree. He saw me fall and he abruptly came over to help. My leg was badly bruised, after all I was only a 6 year old running away from my only home which was an orphanage. A dirty no good orphanage which only took advantage of me. The mysterious  man stood in front of me. His face was unclear but he seemed a little old from his voice as he said “Are you alright, you poor thing let me help you up.” I was confused at first and I was taught to not trust anyone. I didn’t answer and got up myself, to only stumble and fall back down. My leg was cut and I could feel the sharp jab of pain. The man lend his hand and helped me up. “Come with me child, you look awfully hurt.” I got up and slowly my eyes closed and I drifted off.

I woke up startled. I was laying down in a bed but everything was unusual. I was in a large room with a screen dividing it. There were a few lights blinking different colours. I stood wide awake and looked around the room. Nothing was familiar. I wasn’t back at the orphanage. So where was I? My head was spinning but I noticed 2 small cameras hanging on both right and left parts of the room. I may only be 6 years old but I knew someone was watching me. “Hello? Let me out of here.” I said. There was no response. “Hello!?” I screamed this time. The lights flickered and went out. The air got cold and then something began pulling on my leg.

I screamed as they were all floating before me. There was a dark presence and the whole room was shaking. Then they attacked with their vicious violence. I tried to get them off of me but they were following me. “HELP ME!” I shrieked and cried. Tears started rolling down my face. The unknown spirits were not letting go, their grasp only getting stronger and stronger. Two of them yanked at my face, leaving prominent bloody scars. I shouted and screamed. Until the door bust opened and the same man appeared who had saved me last night. The unknown spirits disappeared. “Xyea, Oh my goodness, are you alright?” he came towards me, but I pushed him away. “Who is Xyea and why am I here? You let me get hurt from those monsters. You are a monster.” I screamed with my eyes wide open. The man looked at me with deep sincerity. He shaked his head and let out a deep sigh. “It’s going to be alright. Your safe. Were going to keep you safe. Those monsters are called entities. There inside of you. But your too young to understand. Please my child, just bare with us. We are going to take care of you. I’m going to make sure of it. My name is Nathan Hoffman and yours is Xyea.” My heart and mind were still racing but I found comfort is his voice. “How do you know my name? I was only given a number when I was born.” I pointed to the inside of my swollen wrist. It read XY10 . I stared at him. “Look I will explain everything to you later. You’re a very smart girl you know. Here, come with me.” And so here it began. This laboratory was my new home. Nathan was like my new father. I felt safe with him. But as I grew up, started to get older and wiser,  things started to become dangerous. For him and I.